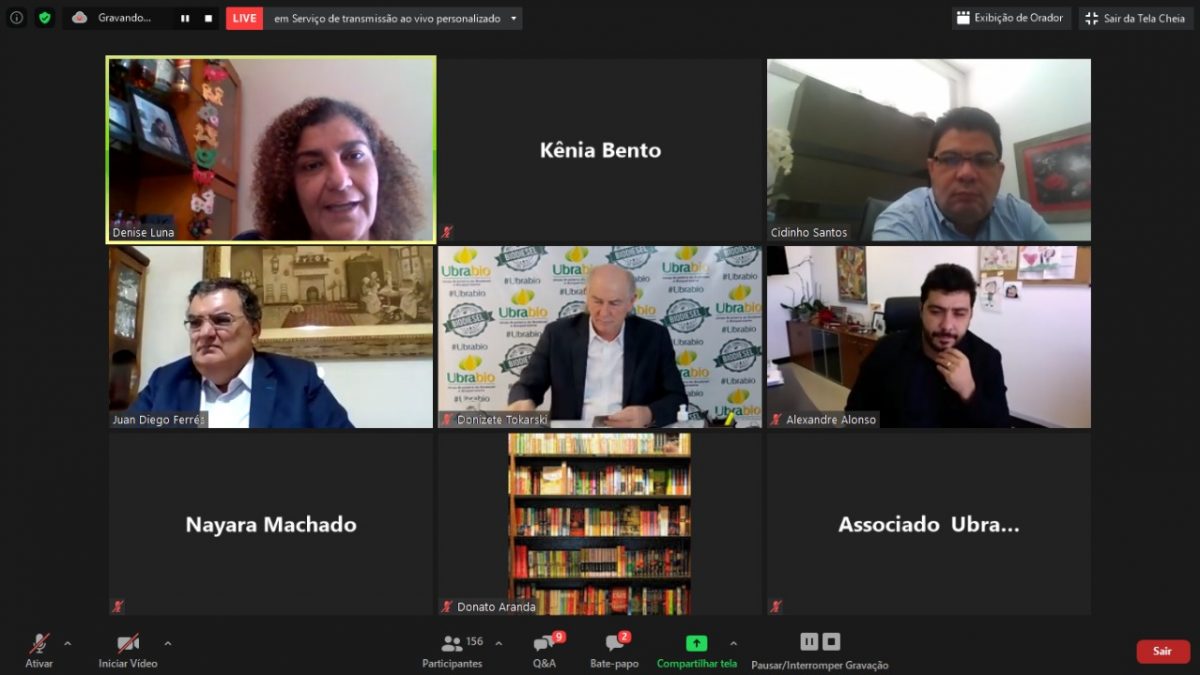 by Helton Chaves* (Federal University of Goiás/Advanced Biofuels USA) The Brazilian Union of Biodiesel and Biojetfuel (Ubrabio) and the Brazilian Agricultural Research Corporation held between August 10th and 14th the first Biodiesel Week, an event promoting the International Biodiesel Day, celebrated on August 10th, the date that Rudolf Diesel invented the fuel in 1893 during the boom of the Industrial Revolution. In Brazil there are approximately 500,00 direct and indirect jobs in this specific field, in addition to roughly 100 thousand family farmers, who receive technical and credit support from the government.

Due to the restrictions imposed by the Covid-19 pandemic, the event was an online broadcast on the Brazilian Biodiesel Union’s YouTube channel with more than 5,700 views.

The event was attended by members of congress, business professionals, public agents, journalists, and researchers who debated various topics on the process of production, regulation, and sales of biodiesel in Brazil and in the world despite the current circumstances.

At the opening of the event, Rodrigo Maia, president of the Chamber of Deputies of Brazil, highlighted the importance of biodiesel for the country’s sustainable development. The Federal Deputy defended tax reform as a driving force to better organize production chains and make Brazil more competitive on a global scale.

“We must understand how we are going to expand and advance the application of RenovaBio and the strengthening of renewable fuels, which will be the fundamental showcase of our country to Brazilians and the world at large, displaying our concern for the environment and the use of fuels that is less polluting,” he affirmed.

The National Biofuels Policy, RenovaBio, aims to outline a set of strategies to recognize the role of all varieties of biofuels in the Brazilian energy matrix, in addition to fulfilling the commitments made in the Paris Agreement.

Representatives of the biodiesel industry from different parts of the world shared their experiences using this product in their countries and discussed the global biodiesel market.

That market, since 2007, has recorded an average annual growth of virtually 10%. Currently, the Brazilian industry produces almost six billion liters of biodiesel per year. F. X Sutijastoto, director of Renewable Energy at the Indonesian Ministry of Energy and Natural Resources, discussed the country’s effort to reduce greenhouse gas emissions by 29% before 2030.

The event also addressed the functioning of biodiesel auctions in the country. The Ministry of Mines and Energy (MME) intends to terminate the current Brazilian biodiesel auction system as early as 2022. Petrobras has signaled its departure from this model, a measure that is part of the current divestment strategy adopted by the company.

Alexandre Alonso, head of Embrapa Bioenergy, said that RenovaBio is a program that stimulates the production of biofuels with greater energy and environmental efficiency, measured by the amount of energy generated by emissions respectively.

He pointed out that modern tropical agriculture requires the development of technologies and information systems that allow, in an unified fashion and through blockchain, tracking of all agricultural production. The blockchain “will record the origin and quality, in detail, of production in different links on the supply chain to the final consumer with data inserted and unalterable throughout the entire chain, ” he stated.

Regarding aviation, the industry was one of those that endured the greatest impact during the Covid-19 pandemic, a time during which there is a fundamental debate about the regulation of aviation biofuels in Brazil. The country is a signatory to the Carbon Offsetting and Reduction Scheme for International Aviation (CORSIA) and the Paris Agreement, which aim to reduce carbon emissions and reduce the global greenhouse effect.

“Regarding fuel consumption, we are discussing directly about greenhouse gas and CO2 emissions, and that is the industry’s greatest challenge,” said Pedro Scorza, director of Renewable Fuels for Aviation at Ubrabio. In order to change the energy matrix, efforts are being made to promote regulatory public policies aimed at leveraging the production and consumption of biofuels.

At the event’s closure, Juan Diego Ferrés, Ubrabio President, stated that the sector defends the structuring of a public policy that encourages the additional value and the strengthening of the Brazilian industry, as a possibility of economic recovery after this period.

All Biodisel Week videos can be accessed, for further information, on Ubrabio’s Youtube channel: https://www.youtube.com/user/ubrabiobrasil

*Helton Chaves is a Master’s student in Political Science at the Federal University of Goiás (UFG) and advisor of Institutional Approach at the Development and Innovation Secretariat of the State of Goiás.